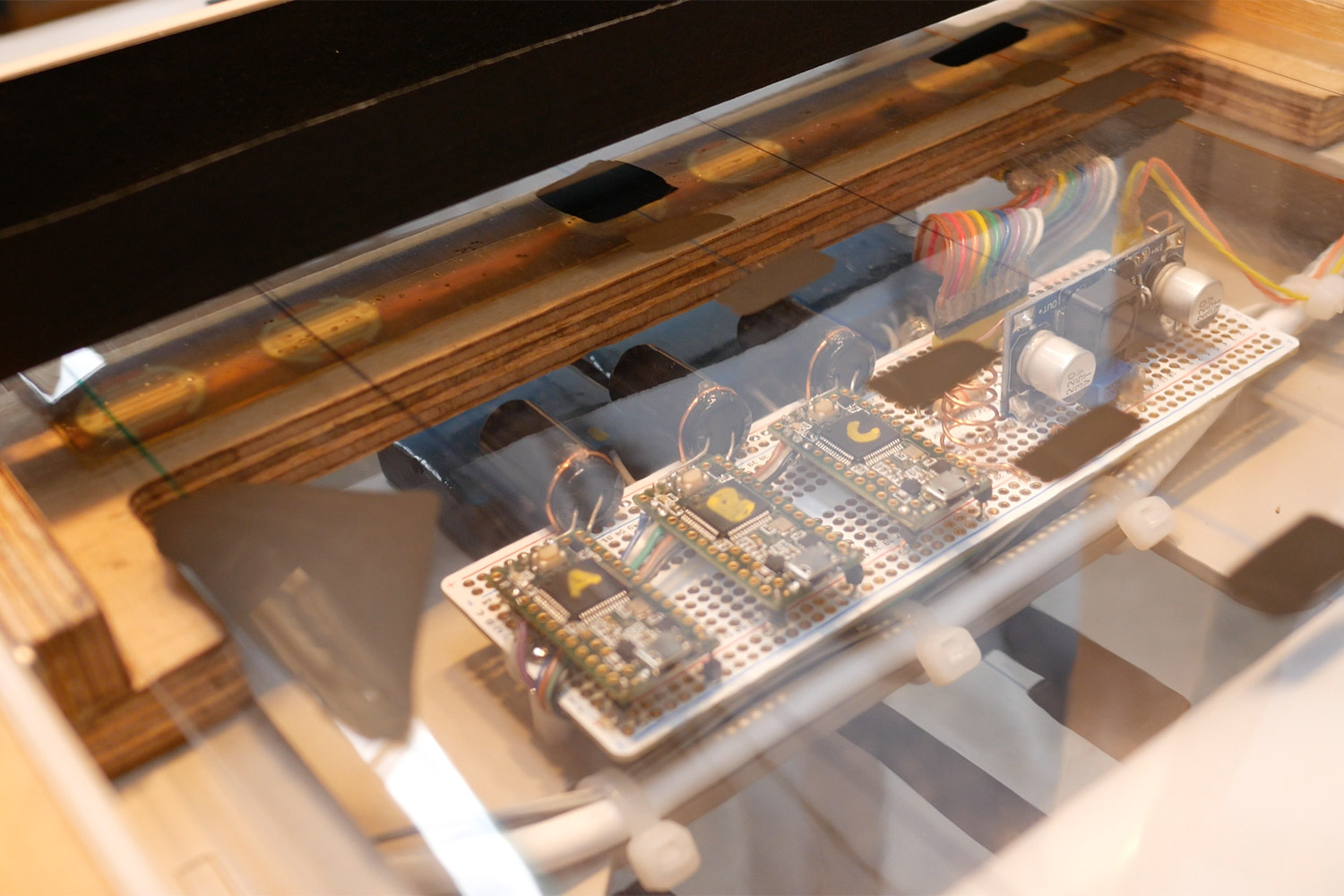 Australian composer Percy Grainger invented the concept of ‘free music’ to capture a new and revolutionary style of music-making: undulating and roaming, sort of like a glissando of pulsing sound and rhythm. Dissatisfied with the capacity of human musicians to realise his vision, he invented machines that could.

Now, a team of researchers, musicians and makers have reconstructed two of Grainger’s pioneering inventions—the Reed Box Tone Tool and the Electric Eye Tone Tool—and installed them around Mona. Pull, flick and turn the machines’ levers, switches and cranks to free the music.

This project was supported by the Australia Council for the Arts, Grainger Museum and Cultural Collisions in association with the University of Melbourne